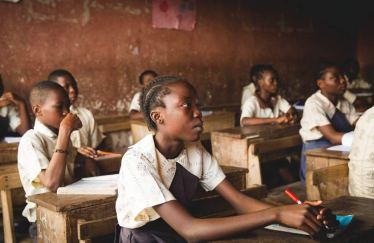 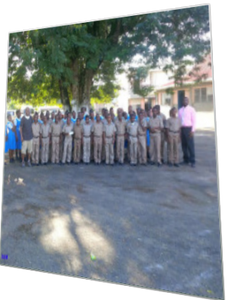 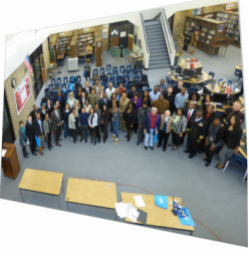 Commentary: A new look at violence against women

Here are several definitions of domestic violence. Here is the simplest one: “If it feels wrong, it is.”

One legal definition of domestic violence: It consists of acts committed in the context of an adult intimate relationship. It is a continuance of aggressive and controlling behaviors, including physical, sexual, emotional and psychological attacks, that one intimate partner does to another

Since the 1980, many policies have been amended and have given women constitutional rights to safety and equally protection, but the struggle continues. One of the problems is that it is often seen and described as the tolerant cultural traits and a taboo, where guilt and shame makes it difficult for victims to come forward.

September 8, 2014, reminded us that domestic violence is still a cancer when the Ray Rice, a National Football League (NFL) player, video came out. We saw his fiancée knocked out unconscious in an elevator and being dragged out like a piece of luggage.

Within hours, the OJ Simpson 1995 double murder case in which he was acquitted emerged on almost every news lead-in. This was not co-incidental; OJ’s name generates ratings and a platform that often divides. Most importantly, his case has created more awareness calls to domestic violence centers since.

Despite the media’s recent highlight on almost every black NFL player, there are other Ray Rices still in many games, in schools, mosques, synagogues, churches, and co-workers in disguise. I am not minimizing his behavior. He should be punished both in the court of law and in his career.

Violence should not be broadcast to further polarize a society. Should we now keep scorecards of offenders to balance the portrayal of certain groups? Should we go to the archives and pull up Scott Peterson, who also killed his seven-and-a-half months pregnant wife with her only child when OJ’s name is mentioned?

It was reported that alcohol played a role. Ray Rice also stated that he was intoxicated. Furthermore, can society add South Africa’s Oscar Pistorius, the disabled track star who killed his girlfriend?

For victims, an assault is simply that. It is not them vs us. This divide does not give hope and needs to be debunked.

The Reality: Violence against women is not a new paradigm shift. I am afraid many experts and pundits will move-on soon, and so does domestic violence as it returns behind closed doors until another funeral.

We all know someone and or saw an abuse and asked ourselves why? “He was a nice person and she seemed fine.” This is simple another subconscious minimization process.

In these relationships the “power and control wheel have been active: (1) male privilege; (2) economic abuse; (3) emotional; (4) isolation; and (5) minimization.”

Today, tackling domestic violence is troubling, as stratification has created a polarized and intolerant society where socio-economic inequality, haves vs have-nots forced domestic violence into political debates. Soon it will be polled for a comprehensive policy to pass Congress and other legislative bodies to protect women.

In addition, giving few people airtime as the good ones does not tell the full story.

Many studies have shown that the homicide and victimization rates for black men and women are higher than the national average. These pundits only offer a temporarily feel-good segment because one mug-shot is not plastered on the screen.

Directly or indirectly, violence is a community problem such as Boko Haram’s  ideology when some believe it is only a Nigerian problem. This ideology is in the Caribbean, the USA, and other countries in disguise.

Domestic violence must taken with a sense of urgency worldwide such as dismantling ISIS, Ebola or any terrorist organization. Although one cannot order a drone strike on an abusive husband, law enforcement, policies and support have to be able to track and dismantle these abusers and give help as needed.

In the 1980s, the US Mothers Against Drunk Driving (MADD) organization played a pivotal role in a grass-roots movement that rewrote laws and battled cultural resignation about alcohol-related traffic deaths. The same has also taken place with gun-advocates. More groups needs to be formed world wide.

Who are the faces of violence?

Domestic violence affects young, old, blacks, whites, rich, poor, gay, straight, Christians or non-believers. Furthermore, not having black eye should not discount one as a victim.

Many of these women stayed in these abusive relationships for economic survival and their children’s safety. Men also get abused but statistics shows more men abuse women.

The Data: According to the Washington Coalition Against Violence, including other studies, at least one in every three women has been beaten, coerced into sex or otherwise abused during her lifetime

These abusers are members of her own family. One in six women and one in 33 men experienced an attempted rape

The amount of children witnessing violence is over 80 million and nearly one in five teenage girls have been in a relationship where a boyfriend threatened violence or self-harm if presented with a breakup. It is one of the leading causes of injury to women — more than car accidents, muggings, and rapes combined

In the US alone, a husband or boyfriend murders more than three women each day and every nine seconds a woman is assaulted or beaten.

This is not only a psychological nightmare for families and friends; the economic toll is extremely high. An estimated $4.1 to $5.8 billion resulted from victims who lose days of work alone, which is about 32,000 full-time jobs.

In 70-80% of these cases, the men psychically abused the woman before the murder. Domestic violence cases comprise of more than half of police response calls, more than robbery, motor vehicle theft, burglary as reported. The long-term medical impact for treatment combined with the stigma is harmful.

In most cases, domestic and sexual violence are not closely occurring at the same time.

Need for universal policies coast to coast: If all crimes become a community health problem, and the no drop clause is implanted, where a victim has no control over the prosecution and it is seen as it is — a criminal act — more can be done immediately.

Why: It was late one Sunday night; I’d just gotten back from a long flight after visiting the region. The telephone rang and a sad voice emerged. The first thought was to say, “How did you gain access to my telephone number?” I later learned a friend of a friend or a friend provided my telephone number.

According to the victim, a criminal complaint had already been filed against her abusive husband. There was minimal sign that physical abuse had taken place, and about her third call for help.

This time a doctor’s report was needed to make an arrest and she had to head back home to wait. The local doctor had to be paid in advance by the victim before such medical exam could be completed for a recommendation for an arrest to take place.

Few years later, I still wonder what if the police department was led by a woman with the resources and a responsive system, how different her life would be today? How many died waiting? Imagine being abused and an arrest hung on a medical assessment where the fees are more important.

Treatment Modality: The law does not have to be mandatory prosecution on all cases, but an immediate intervention. Furthermore, simple relying on only physical evidence makes it less likely one more will be killed, and continue to be victimized.

A swift adjudication process is key, and treat all incidents as a criminal act, and make sure victims are empowered.

Domestic violence is not just a few of weeks of treatment sessions where the offender minimizes and refuses to take responsibility and only shows up because he has been caught. Especially in the poor regions, offenders must be held accountable. Outdated laws needs to be amended to send a clear message from the high school to the work place that this kind of behavior must be met with stiff penalties.

Change an old  male chauvinist ideology where women are defined by how high her heels are and not by their work. Both sides should work together and call out violence before it becomes another Rest in Peace obituary.

Developing and promoting more women into key leadership roles will not cut violence against women overnight, but decisions that affect women will have a seat at the table.

Laws are the first line of defense, and priority must be given to victims. The outdated ideology, “She deserved it”, has to stop, especially in poor communities where the rich and powerful often muzzle the outcome of prosecutions.

If this cycle continues, it only creates a new generation that will marry someone who is either abusive or becomes an abuser themselves.

Refocus: Leaders must invest in young women who are consistently overlooked and treated as second-class citizens. Even when one is qualified, the glass ceiling remains active. As a society, all must move from this first view on the surface.

This mentality is one of a laundry detergent, or a waterfall dripping over rocks as it dissipates to support a synchronized balance or beautiful formation flow or a clean outfit, but has structural weakness and residues. Sadly, domestic violence is a dark secret.

One thought on “Commentary: A new look at violence against women”