Shortly after COVID-19 emerged out of China, other places like Spain locked down its nation of 46 million people; while other nations scramble to impose restrictions. The domino effect has also reached many Caribbean shores. Based on the report to date; the virus has infected more than 150,000 people worldwide and killed over 5,600 and still counting.

Before COVID-19 surfaced globally, conflicts seem everywhere; from racial, economic-divide over wages and the widen gap-between the haves and have-nots; environmental, housing price skyrocketing, political corruption, gentrification debate, gun-violence, violence against women, student loans, missing students, border crossings. These events seem to have become the daily norm, and some of us have become immune; or turned away.

In some parts of the world, geopolitical issues caused a massive exodus of people fleeing their land due to safety reasons, freedom from discrimination, poverty, and polarization. Subconsciously, many of us looking in are destitute, helpless and for some the only issue for that day maybe the length of the grass, late online delivery; the number of likes on social media, or how I look today.

To be clear many of us are products of our environment by birth or migration. This is not an indictment on success and freedom and despite the stability, it can change rapidly.

Since COVID-19 emerged, the price of oil has dropped and the global financial market crashed. Major airlines are cutting back as much as 40 percent of operations, stores have reduced hours and financial experts are predicting a global recession.

This new normal has affected everyone. I also find myself the last few days explaining to a few people along the shopping aisle that the only difference in some store brand, after being asked about an item in my cart; because items they are accustomed to buying were no longer on the shelves.

When society becomes more isolated from greed, violence, and social decay: it is inevitable that these things will occur. It seems that this is simply a re-balancing of our society, and while some impose their power on others, this virus only shows us how powerless we all are.

Communities once overlooked or few never knew existed, not only are these cultural hubs carry daily supplies tucked inside a strip mall, they are vital to the community where many purchase familiar food items from their native land.

These markets are also a place that serves as a social connection hub. These global markets are like any major chain, but carries a wide range of Caribbean, African and Asian and Latin products.

Late Friday evening, I was getting prepared to stack up two-weeks of supplies as suggested by the experts. While I was parking, an estimated $100,000 vehicle pulled up beside mine at an international store.

“Maybe, this person owns the mall,” I thought. From the initial hello, that led to; “have you been here before?”

“Yes, “this is where I shop for many years,” I replied.

“I heard that the sore has lots of disinfection stuff here because it is nowhere else.”

“They have plenty of items, and a hidden treasure in the community, and lots of fresh fruits and vegetable,” I replied.

We went in together. I pointed him to the detergent area and disappeared into a separate aisle.  This is one of many stories since the outbreak where discoveries are now getting a second look.

Will it change the way we interact with each other, even over cleaning products, a roll of toilet paper? I remain hopeful.

As supplies became less, tempters escalated and reported fights some argued, stemming from greed over items such as toilet paper. Few fights made it to social media for a good laugh, but it also shows that regardless of social class, basic needs for survival is universal; but equally important, new bonds are formed in the shopping aisles over COVID-19.

While experts recommend social distance for our safety, it has brought people in a strange way across all strata in life. It has taken on a new psychological assessment, structured in baseline epidemiological analysis from identifying risk factors to how, and where we get the supplies we need for survival.

Yes, COVID-19 dynamics and intervention effectiveness remain unknown and have created confusion, concerns, minimization, blame such as during the height of the Aids-HIV epidemic and other outbreaks.

It has exposed how prepared these nations were after selling a false sense of security, but when the reality strikes, it developed to – do what we say, but with little or no resources to implement these suggestions.

Curtailing a challenging widespread disease, society will examine politicians and organizations. Each attempt at the decision process to have better medical systems in place, to well-trained staff is pivotal to mitigate these issues.

Although this remains an un-explainable axis; expert analysis proved to be vital in reducing the spread of this disease. On the other hand, few attach their ideology to believe that it is their issue and not us.

Sadly, without deep analysis both qualitative and quantitative data on many fronts, places like the Caribbean islands, poor and developing countries, the dynamics on preparedness are suspicious, distrust woven from colonialism, inequality, racism, violence, and poverty where fear takes over fact, panic will set in as local governments try to put out the best to ease frustration.

Yes! In some countries, the sub-conscious political campaign has been over COVID-19. Even an idea of an opposition party can become a blame game; which some argued results in more press conferences than bed spaces to help victims are placed ahead of the political game.

Sure, there is fear because of what experts reported where it started in China. You find these establishments especially restaurants, suffered from the lack of customers, as some believed that these people just arrived at their location from China.

I have also seen many new social media accounts created. It has helped people to stay connected and educated across race, culture, and socio-economic status.

In previous epidemics, one group was identified and immediately isolated, now COVID-19 rips; it is no longer them over there, that group, color,  class, race, or location. Today, it may be the person who owns the mall where you buy your groceries, or the one sitting in the board room on a policy meeting.

In the end, medical experts will have the data to determine both innate and adaptive immunity, but for now; we are all turtles, and at some point, we must come out for survival because everyone needs to live in a society free from disease; violence, intolerance and with the possibility for prosperity. Leaders should be ready to serve their people to meet these changes. 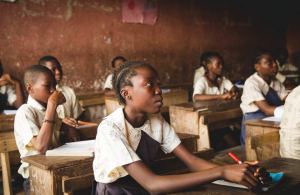