Global Colours: Every four years, millions of fans gather in person at watch parties in public parks and bars to see the best of the best players face off for bragging rights until another four years.

This remarkable event never seems to be far from controversy wherever it is being played. These controversies range from soccer or football, corruptions and the socio-economic responsibility it should take on in our society.

Despite the logistics, since the 2014 games begun, the Amazon colors have taken over our television, iPhones, smartphones, and iPads like a rainbow.

However, beneath it all, local residents are crying for a new economic canvas to modernize and move poor people to better standard of living.

They are the ones being left out of the prints. After the final whistle has blown, they too will be still asking economic referees for a penalty that was not given on a foul play.

The poor socio-economic issues surrounding these games often erupt in protests. The games go on, but the turmoil lingers, blocks from where the games are being played.

In the end, these issues never left, as they will re-emerge like the sea rushing back to the shores to recreate the sand paths that were eroded by rich footprints left the day before.

Football is a global game that originated in England, but later called soccer in the US. The game unites people. Relatively, it is not expensive to start a game. However, the gap between the rich and the poor is further than the locations where these games are being played, while the poverty is closer than the two goal posts.

“The Brazilian local economy problems have been overlooked,” several protesters argued. It appears this colour is seldom beamed to the rest of the world.

Unfortunately, Brazilians are now under the microscope. The carefully orchestrated images that emerge from the sideline will have a lasting effect.

The World Cup is bigger than its location, despite heartaches, especially from the early departure by England, Italy and Australia. However, the stage is still where players and supporters use the event to highlight their countries, send statements, and reconnect with compatriots who are still club rivals. This is like a family reunion before they head back to business.

Most importantly, lifelong friendships are formed, even between countries without diplomatic ties and where cultural divides are rooted in political turmoil.

Yes! This is the real “World Champion Series,” and the true world champions are crowned after eight weeks.

The Economics: These games are being led under the International Association Federation of Football (FIFA). It is a billion-dollar industry, and throughout this region, the games are ubiquitous.

Forbes magazine has reported that (FIFA) will generate about $4 billion in revenue. However, more needs to be done to promote social programs to cut poverty and not the appearance of forcing local economies to stretch their budgets to accommodate its demands.

In preparation of the 2014 World Cup, an estimated cost of up to US$11 billion was spent — while the Brazilian economy remains stagnant. However, the government has predicted that it will be a net positive for the overall economy, stemming from event-related services among several industries.

Wherever FIFA places its goal posts, it is always under the microscope. Recently published in a British magazine, the organization is being investigated on corruption and bribes related to the Qatar 2022 bid.

Nevertheless, FIFA always manages to execute successful events. The game between the US and Portugal had one of the highest ratings, upward of 21 million. Imagine if these fans force FIFA to make sure some economic balance where it places the next goal posts.

FIFA’s operation is not much different from the American National Football League (NFL). Inside these games, recruitment is alive.

This is where wealthy club managers scope every play, searching for the next star and the face of new marketing global campaigns.

Brazil is not alone in this new paradigm shift, as the media outlets would have liked us to believe. In the US, billions have also been spent on NFL stadiums and baseball parks, funded with taxpayers’ money.

In some cases, poor neighbours are also uprooted; residents are priced out of the real estate market, and relocated for the perfect camera shots.

Often these public investments are unsuccessful. The fans are gone and games are empty.

Economic gentrification has taken place for over a decade in other areas like China, Caribbean and Europe.Sure, these new areas will attract visitors in the long-run, but one cannot ignore the fact that, a few blocks down the street, across from these new complexes lie drug-infested housing projects, prostitution, sexual violence, and even exploitation of children, as many wait for a foul ball to exit the stadiums to be noticed.

The socio-economic argument that surrounds the World Cup is nothing new. In 2010, South Africa went through the same issues on how much its own government spent that could have been used to move people out of poverty.

Soccer, or football, has generated several global stars, and has moved families out of poverty. Some of their stories are similar to some players of the NFL, National Basketball Association (NBA), baseball and many other professional sports. In some areas, the millions generated from players who left slums (ghettos) seldom trickle down to communities where it all started.

Game Lessons: With success should come responsibility, and despite the Beautiful Game that has broken down barriers, some players still face discrimination.

Some are called niggers, monkey and banana being used as symbol a games by some fans.

Such as gentrification, our society has been increasingly shifting as it is becoming more diverse and that sometimes causes tension

FIFA should know how to combat these issues. It has been around since 1904 and now has over 300,000 clubs and over 240 million players around the world.

The game represents a much wider reach far beyond 90 minutes on the field. It is an extension of the communities, economics, discipline teamwork, acceptance, talent optimization and diplomacy, even between nations with political tensions.

As a young man, a soccer/football field and now “pitch” as it is called by some was critical to stay off the streets after school. Although not all young players became stars, the friendships gained, and lessons learned lasted a lifetime.

Often I join a few new fans at the local sport bars who seem intrigued with long pauses when they realize a few team’s starting 11 such as the French, Germans, the Italians have black players, and some are Muslims. It is more than a game and awareness is key.

Thirty years later since I had to navigate drug and crime infested areas to reach a local field, I wondered if our own socio-economic polarization on this side of town has reduced some of our imagination. Perhaps our own major league should do more.

Many now are aware that the Iranians plays soccer and not everything is about nuclear weapons and tension with the Israelis. Even the Israelis have a solid team

On the Latin side of town, some players are of African descent, with similarities as an NFL player and they too are extremely rich and more famous.

Responsibility: FIFA is excellent at managing the global operation. However, as our society becomes more diverse, isolated by ideology and personal interests, it will need more than building stadiums. Equality, discrimination, and a platform for players to speak when issues threaten to reduce the next generation of players.

This 2014 World Cup has been a homecoming for many South American teams, and celebrations have been tremendous. However, there is a dark side that is lurking in some countries just north of these games off the Atlantic Ocean, thousands of children who have fled their countries where a few dominating stars call home.

Most of these children without their parents are under age 10 and now in detention camps at the US border. Up to 90,000 came from Honduras, Colombia and Guatemala as reported.

These young people fled to escape sexual violence and other inhumane treatment stemming from crime. No one will know the long-term physiological impact but it can be devastating, as studies have shown.

Some of the children I believe have left posters of favourite players in the game today. However, it seems their stories have gone unnoticed until the final whistle has been blown. These players have to step up, as most of the atrocities are a few blocks from their own stadium

The football organizations and its players cannot be the world police but with success and global appeal comes responsibility to speak in humanitarian crisis. Billions are being spent to create perfect pictures while others seek the next Latin star to fill their stadiums from ticket sales.

Sadly, some are outside the gated walls looking to take the dangerous trip north, while other pitches are filled with toxins and the goal posts are two empty containers with lead. Maybe revenue generated can be used to at least give awareness to this problem.

Recently, Italian star Mario Balotelli spoke up after he faced racial slurs from a few fans and more players have to do the same.

Extra Minutes: These extra minutes added to games can generate more revenue for FIFA. However, in a few weeks, the cameras will be gone; and well-dressed immigrant men and women from the television networks with few selected feel-good stories, while surrounded with security as if they are in a war zone, will leave town.

When the final whistle is blown, some of the players will have to pass through their poor towns and cities plagued with violence. Before FIFA canvasses the next venue, it should not only seek ways on how to increase its own balance sheet. It must make sure the community economic impact benefits all, regardless of colour, class, race, and socio-economic status, because the next 100 years can only be beautiful if it remains more than a game. 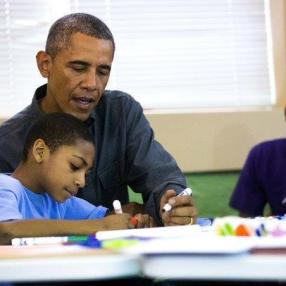